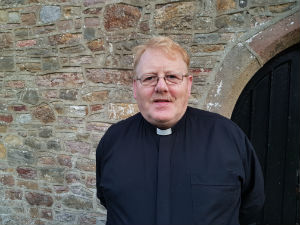 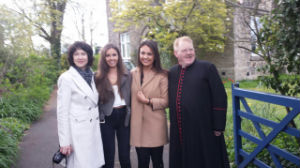 Brian became Vicar in April of 2017 following 13 very happy years at Christ Church Fulwood in Preston.  As well as being Vicar here he is also the vicar for St John's, Hurst Green and Rector of Ribchester, where he lives.

Previously he has been Diocesan Youth Officer for Blackburn Diocese.  When he first arrived in Lancashire he was a Lay Youth Worker in Lancaster before getting ordained and served a Curacy at St Gabriel Blackburn. Alongside Parish Ministry, Brian has been Vocations Advisor for the Diocese and is a National Selector helping to discern future Ordained ministry in the Church.  In 2015 he was made an Honorary Canon of the Cathedral.

He is married to Susan who is a nursery teacher and they have two grown up children. Apart from all things Church, Brian is a Season Ticket holder for Manchester United! 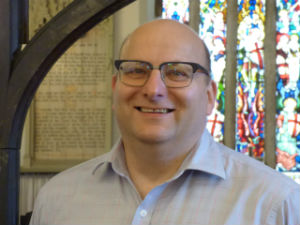 Michael Ainsworth, Verger and Churchwarden at All Hallows

Michael and his wife Sarita, first got involved in the All Hallows Church community when they were married at the Church and although living near Wigan at the time they became regular attendees. In 2009 they moved into Church Cottage and Michael took on the role of Verger. Michael is actively involved in the Church, both practically in looking after the fabric of the Church and churchyard, and also spiritually by leading services on an occasional basis. In May 2021 he took on the role of Churchwarden for the second time and brings his passion and practical knowledge to the role. All this and he works full time. 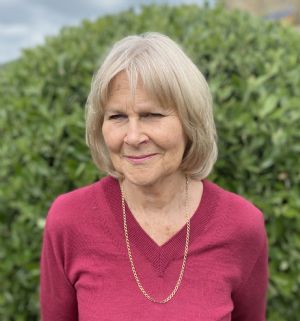 Rose Ferguson, Churchwarden at All Hallows (photo to follow)

In May 2021 Rose was elected as Churchwarden at All Hallows.

Vicky is a headmistress of a primary school and Mum to Charlotte and Maisie and also finds time to be part of the leadership team for a local Brownie pack.  She is full of creative ideas to entertain and educate the children during our church services. Her professional experience is invaluable in her role as Parish Safeguarding Officer. For any safeguarding concerns please email her.

The PCC consists of clergy, Churchwardens, Deanery Synod representatives and lay members, who are elected by the parishioners. Lay members typically serve a 3 year term and can stand for re-election at the end of that term. Our current PCC members are:

* Indicates members of the Standing Committee.