History of All Hallows 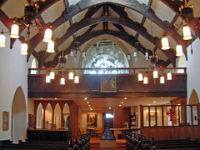 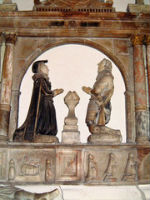 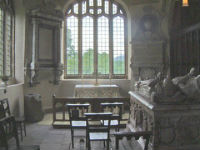 This medieval Church is much visited and is included in Simon Jenkins’ guide “1,000 Best Churches".

All Hallows Church was the original place of worship in the old parish of Mitton, which extended on the North bank of the Ribble from Ribchester on the West up to and including Grindleton on the East. It is therefore the Mother Church of all the churches  since built in this area                .

The nave of the present church, with its Early English Gothic style, was built in or about 1270. The date of the roof is unknown but it cannot be earlier than the fourteenth century.   The pews are Jacobean in style, and date to around 1600, although the seats are thought to be much older. The chancel was added in about 1295. It has a false ceiling which was installed in 1850. The nave and chancel were tiled in 1845. The chancel screen is believed to have come from Sawley Abbey after the dissolution of the monasteries.

In 1439 a chapel was added on the north side of the Church.  This was pulled down in 1594 when Sir Richard Shireburn arranged for the present Chapel to be built as a family mausoleum.  The Shireburn Chapel, divided from the chancel by the Elizabethan screen, contains memorials of the Shireburn family who lived at Stonyhurst.    Their house is now part of Stonyhurst College.

Some of the memorials are classed as outstanding examples of recumbent figures. The alabaster tomb (the work of Roiley of Burton-on-Trent) is that of Sir Richard Shireburn (d.1594) and his wife, Dame Maud (née Bold). Sir Richard died in the same year that the chapel was rebuilt. Evidently the work had to be done in a hurry to be ready for his interment, which probably accounts for the ill-fitting re-use of the old roof. Nearby lies a badly defaced effigy of Sir Richard in stone. On the north wall is a monument with kneeling figures facing each other across a prayer desk. This is dedicated to Sir Richard’s son, also Richard (d.1629), and his wife Catherine, (née Stourton). Three linked altar tombs along the north wall are to the next succeeding generations: Richard (d.1668) and Richard (d.1689) and the latter’s wife Isabel (née Ingleby, d.1693) and their son, also Richard. The monument on the west wall, is to Richard Francis Shireburn, (grandson of Richard and Isabel), who died in 1702, aged nine. His father, Sir Nicholas Shireburn (d.1717) was thus left without a male heir, his daughter Mary, who married the Duke of Norfolk, succeeding. When she died in 1754, the Stonyhurst estate passed to the Weld family of Lulworth in Dorset

The church was re-ordered for the Millennium taking great care to ensure that the alterations would enhance the building and bring hidden features to light. The 15th Century tower, bricked up in the 19th Century was opened up again.  The gallery where the organ stood is now an area for extra seating and meetings and the new electronic organ was moved to the front of the nave.  Many crowns have been incorporated into the building and the glass screen contained within the forgotten nave arch in the gallery area, has been etched with celestial crowns and part of the last verse of Wesley’s great hymn, ‘Love Divine’.